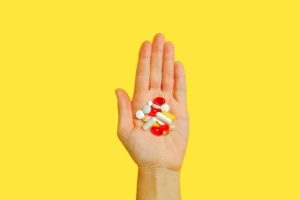 Polycystic ovarian syndrome (PCOS) is a condition characterized by irregular periods, excessive hair growth, acne, and an increased risk of obesity. Who is most affected by this? Women between ages 15 and 44 or during their reproductive period can be affected. This condition is diagnosed when an abnormal number of androgens, a male sex hormone, is present in women, along with the presence of numerous small cysts in the ovaries. Although the cause of PCOS is unknown and the condition is incurable, modifying lifestyle and diet can prevent further health problems, alleviate inflammation in the body, and regulate hormone production. Other forms of treatment for PCOS can be done through medication.

Women with PCOS have an increased risk of developing health problems such as obesity, high levels of glucose, and insulin resistance. Insulin resistance is when the body creates insulin but cannot use it effectively, increasing the risk of type 2 diabetes. Adiponectin, an anti-inflammatory hormone produced by fat cells, is crucial for improving insulin sensitivity, metabolism, blood pressure, and regulating appetite and satiety to prevent obesity. Vitamin D deficiency is associated with lower adiponectin levels, which can increase the risk of insulin resistance.

Vitamin D is a fat-soluble vitamin essential for many bodily functions such as promoting healthy bone development, regulating renal functions and dental health, and reducing obesity.  Vitamin D deficiency is commonly diagnosed in women with PCOS and is significantly correlated with insulin resistance. Although the cause of PCOS and its connection with women deficient in vitamin D remain unknown, there have been findings suggesting a link between vitamin D deficiency and PCOS. Additionally, there has been researchsuggesting that vitamin D supplementation among vitamin D deficient women with PCOS displays beneficial effects, such as increasing in vitamin D levels, decreasing levels of fasting plasma glucose (which reduces the risk of diabetes), and decreasing testosterone levels.

A study comprising women with less than 20 ng/mL of vitamin D concentration, which indicates a vitamin D deficiency, and diagnosed with PCOS were randomly selected to consume 50,000 IU of oral vitamin D3 once weekly for eight weeks. After eight weeks of treatment, those who received the supplementation significantly decreased fasting plasma glucose levels, reducing, and even preventing their risk of becoming insulin resistant. Additionally, vitamin D supplementation boosted adiponectin levels. Sufficient levels of adiponectin are associated with a reduced risk of heart complications and obesity.

Although easily obtained for most people via the sun, 67-87% of women with PCOS are vitamin D deficient, while 51% of women without PCOS are deficient. The research between PCOS and vitamin D deficiency remains inconclusive, but maintaining an adequate level may improve insulin sensitivity, regulate menstrual cycles, improve body fat, and hormone levels. There is no standard dosage specifically for PCOS. However, research suggests women with PCOS consume 400 IU of vitamin D supplementation and 1000 mg of calcium daily for three months to improve fertility, lower the risk of diabetes, and alleviate the risk of other symptoms associated with PCOS. Therefore, women with PCOS should be aware of their plasma vitamin D levels and consume enough through food or supplements, according to their needs. Consulting with a gynecologist and dietitian is vital to managing hormones, regulating glucose levels, and testing for other metabolic disorders to improve ones’ symptoms through nutrition.