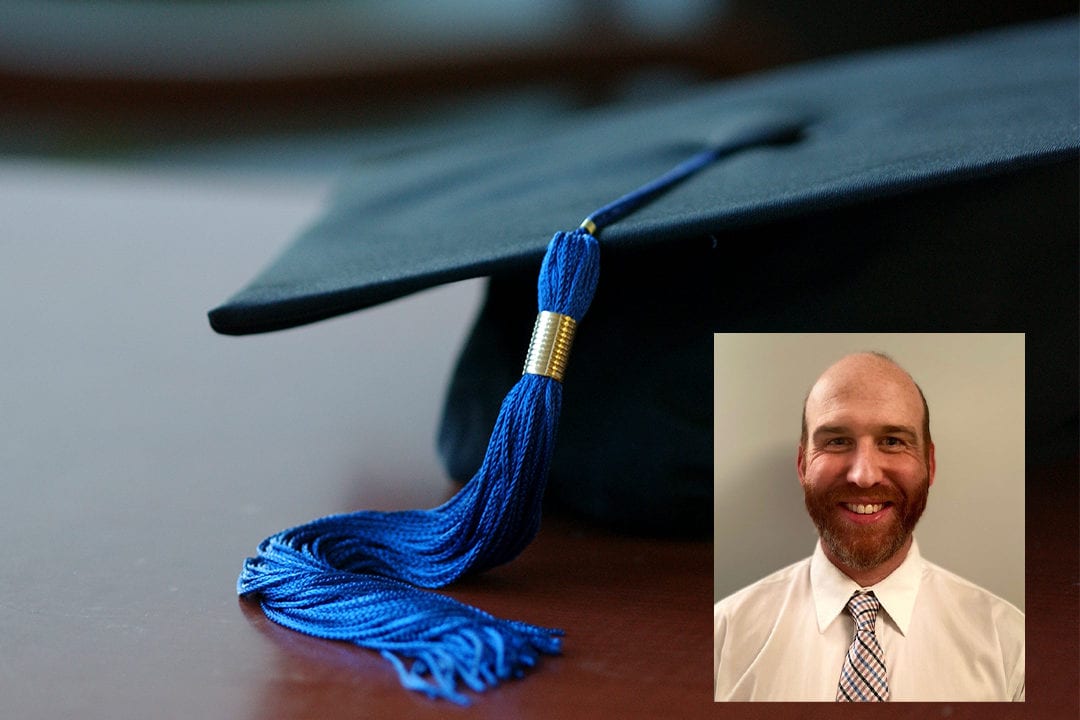 Van Winkle works as an RT technician at Piedmont Fayette Hospital caring for patients, in a county with more than 36 hospitalizations for COVID-19, according to Georgia Department of Public Health data. His new job brings closer to home after graduation; he’ll care for infants in the neonatal intensive care unit of Piedmont Columbus Hospital.

As a technician, the coronavirus shifted his job responsibilities to the ICU, where he assisted registered respiratory therapists and maintained respiratory equipment.

“While this pandemic has been detrimental, it’s been an excellent learning experience where I have been able to hone my ventilator management and critically ill patient care skills,” said Van Winkle.

Although he is no longer in the Army full-time, Van Winkle isn’t giving up the adrenaline rush. The first time he assisted with a cardiac arrest patient in the emergency department, he felt the urgency.

“Since I left the Army, that was the first time I participated in an emergent, fast-paced, and high-stakes event. I knew at that point that being an RT would still allow me to be at the frontlines and help in emergent and critical situations,” he said.

The veteran is also transitioning his service to the Georgia Air National Guard as a critical care flight RT. He will manage the airway of critically ill patients who are being transported by helicopter or plane. Van Winkle’s success in the respiratory therapy program gave him this opportunity; the Air National Guard recruited him based on his clinical performance. He says this job would not have been possible without the help of the Georgia State RT faculty.

Van Winkle also appreciates the support that Georgia State and its military outreach center gave him transitioning into college life. He gave up a military career after more than five years in the Army took him away from his family. Missing the early years of his son’s life took its toll.

“I’ve always felt the need to be part of something bigger than myself and needed to give back to a nation/world that has given my family and me so much,” he said. “I felt fulfilled as a Ranger in knowing that I was helping keep the world safe by combatting terrorism. Still, my family was suffering because of it, so I decided to enter healthcare and transition to the Army Reserves. I’ll have more work/life stability but still be able to contribute.”

A career in respiratory therapy meant selecting Georgia State, even though Van Winkle would have travel 100 miles to campus each day.

“I chose [Georgia State] because it has the best RT program. I was looking at other closer colleges, but I was referred to [State] by the director of a local tech college. Who wouldn’t follow up on that advice?”

Van Winkle’s future includes earning additional respiratory therapy credentials as both an adult critical care and neonatal/pediatric specialist. His new job will take this combat veteran into the delicate world of critically ill infants, requiring a different approach to patient care. An infant’s health changes much more quickly than an adult’s, requiring the therapist to make rapid clinical decisions.

Graduating from the Georgia State the program, Van Winkle feels he is ready to handle any clinical situation and feels confident in caring for all types of patients.

“I believe the education and instruction I received from the faculty is world-class, and I feel so honored and humbled that I was able to be a part of it.”